There’s just something so fun about family movie night at home. It’s the perfect way to enjoy a cold or rainy night in, cuddled up on the couch surrounded by snacks, pillows and, of course, each other! We’re sharing Netflix’s lineup of kid-friendly movies coming out this year that your family can stream so you can start planning a relaxing night at home together. 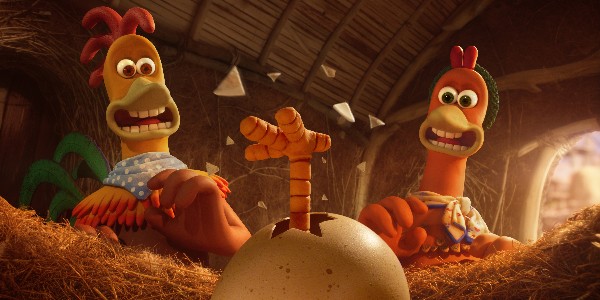 Chicken Run: Dawn of the Nugget

Having pulled off a death-defying escape from Tweedy’s farm, Ginger has finally found her dream – a peaceful island sanctuary for the whole flock, far from the dangers of the human world. When she and Rocky hatch a little girl called Molly, Ginger’s happy ending seems complete. But back on the mainland the whole of chicken-kind faces a new and terrible threat. For Ginger and her team, even if it means putting their own hard-won freedom at risk – this time, they’re breaking in!

While visiting his family in Mexico, teenage Alex gains an unlikely companion when he discovers a young chupacabra hiding in his grandpa’s shed. In order to save the mythical creature, Alex and his cousins must embark on the adventure of a lifetime. 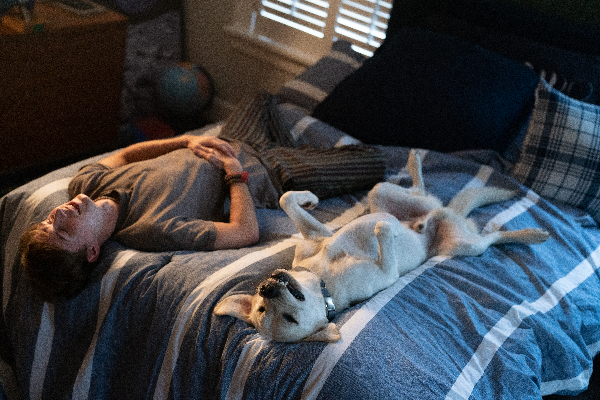 After a young man and his beloved dog are separated on the Appalachian Trail, he and his father must begin a desperate search to find him before it’s too late. Based on an incredible true story of humanity and everyday heroism. Watch the trailer.

Actor and comedian Adam Sandler (Hotel Transylvania, The Wedding Singer) delivers signature laughs in this coming-of-age animated musical comedy about the last year of elementary school – as seen through the eyes of a class pet. Jaded 74 year-old lizard Leo (Sandler) has been stuck in the same Florida classroom for decades with his terrarium-mate turtle (Bill Burr). When he learns he only has one year left to live, he plans to escape to experience life on the outside, but instead gets caught up in the problems of his anxious students – including an impossibly mean substitute teacher. It ends up being the strangest but most rewarding bucket list ever…

When Peter (voiced by Noah Jupe), who is searching for his  long-lost sister named  Adele (voiced by Pixie Davies), crosses paths with a fortune teller in the market square, there is only one question on his mind: is his sister still alive? The answer, that he must find a mysterious elephant and the magician (voiced by Benedict Wong)  who will conjure it, sets Peter off on a harrowing journey to complete three seemingly impossible tasks that will change the face of his town forever and take him on the adventure of a lifetime. The Magician’s Elephant is based on  Two-time Newbery Award winning author Kate DiCamillo’s classic novel.

The Monkey King is an action-packed family comedy that follows a monkey and his magical fighting Stick as they team up on an epic quest where they must go head to head  against gods, demons, dragons, and the greatest enemy of all, Monkey’s own ego!

A knight is framed for a crime he didn’t commit and the only person who can help him prove his innocence is Nimona, a shape-shifting teen who might also be a monster he’s sworn to kill. Set in a techno-medieval world unlike anything animation has tackled before, this is a story about the labels we assign to people and the  shapeshifter who refuses to be defined by anyone. 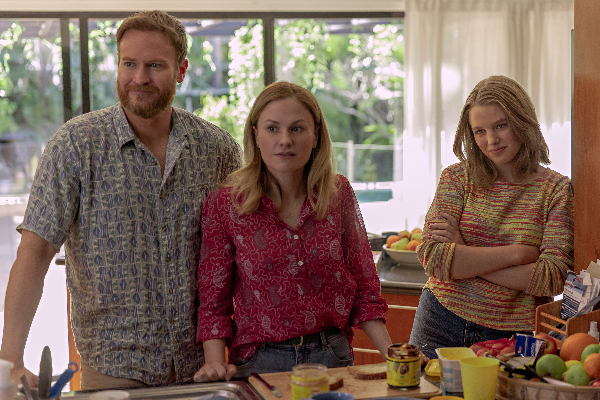 When the tenacious young sailor Jessica Watson (Teagan Croft) sets out to be the youngest person to sail solo, non-stop and unassisted around the world, many expect her to fail. With the support of her sailing coach and mentor Ben Bryant (Cliff Curtis) and her parents (Josh Lawson and Academy Award winner Anna Paquin), Jessica is determined to accomplish what was thought to be impossible, navigating some of the world’s most challenging stretches of ocean over the course of 210 days. This incredible true story of perseverance and human accomplishment that shows that you are only as big as the dreams you dare to live. Watch the trailer.

We Have a Ghost

Finding a ghost named Ernest haunting their new home turns Kevin’s family into overnight social media sensations. But when Kevin and Ernest go rogue to investigate the mystery of Ernest’s past, they become a target of the CIA. Based on the short story “Ernest” by Geoff Manaugh.